Meg painting with her new canvas and paint
Download

Today Meg, Spencer, and I all wore our Automattic data team shirts. Spencer is having some honey bunches of oats along with his daily dose of data. 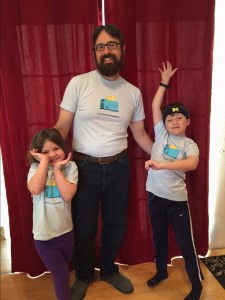 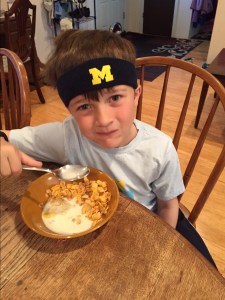 Spinach artichoke dip is very tasty, but not that healthy, with lots of sour cream and mayonnaise. This recipe is a healthier version. I originally based it off this recipe from the yummy life. I like it with even more spinach and artichokes than they use, but I add a bit of mayonnaise, to make it slightly creamier. This recipe makes a big batch, great for a party. I also recommend trying to find a large container of artichoke hearts. I can get a 4 lb. container at my local store for about $15.

Meg, Spencer, and I went to the chocolate affair today in old town Arvada. We had a great time. 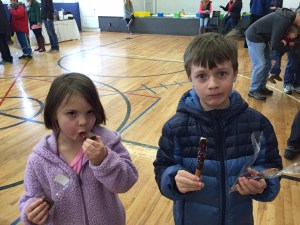 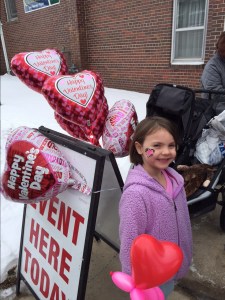 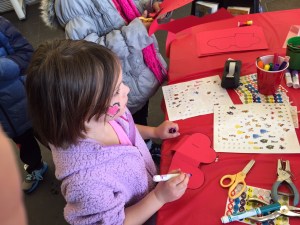 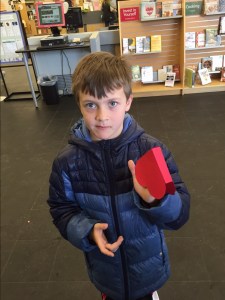 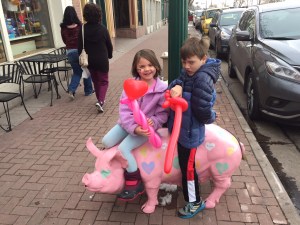 After our first round of sledding today, I shoveled the driveway. About 30 minutes into shoveling, I heard Meg calling me. I went to the door to check what was going on. She had her lab coat on, and told me she wanted to do some science experiments. It’s hard to argue with that! I finished up the shoveling, and then we started working on some experiments. One of her science-related Christmas presents was a kit to make coral reef (something that looks like Coral reef at least). I still don’t understand the science behind this particular thing, but I could read the directions, and it involved stuff like using the thermometer to measure water temperature, reading a measuring cup and so on. It turned out okay. I think we should have cut the pieces smaller to expose more surface area.


I got a bit of a scare when Spencer asked me a question about the experiment while I was giving a bath – does the coral reef water have soap in it or something? I panicked, because he had obviously put his hands in the solution with sodium silicate, and the directions clearly said not to touch it. (He was playing video games while Meg and I were doing science, so he didn’t know). I read up on sodium silicate, and the solution was already about 7x diluted, so it didn’t seem too critical. We washed his hands well, and he didn’t report any burning.

Watching the weather forecast the last several days has been interesting. It was predicted that we were going to get a big snow storm starting Saturday night. Saturday during the day it was beautiful – over 65 degrees. We rode bikes, went to the park, and even played some tennis. We did get a little bit of snow Saturday night, and it continued off and on Sunday and Monday, but not more than a couple inches at a time. Clare flew off to California late Monday night on time. But after midnight on Monday, it actually started coming down, and we woke up to about a foot this morning. School was cancelled. We had fun sledding.